A table saw can easily be one of the most expensive tools you’ll ever buy for your DIY woodwork endeavors. And if you’re in the woodwork business, it’s a must-have because it brings unmatched convenience and generally makes work easier and more efficient. But since the different types of wood, you’ll come across daily will rarely have the same dimensions, keeping the cut depth in mind is crucial when shopping for a table saw.

Read on for details on the key determinants of cut depth in table saws and a review of all popular saws’ cut depths at different angles.

Before we take a look at the cut depths of the various table saws, there are a few things you need to understand.

Of course, the blades in each of these options (and any other table saw, for that matter) are adjustable to accommodate cuts on the other end of the depth spectrum. With most table saws, you can cut as shallow as a fraction of an inch.

The other thing you need to understand before we get to the main discussion is that the angle of cut dictates how deep you can go. Using the same saw, cutting at a 45-degree angle will mean a shallower possible cut compared to cutting at a 90-degree angle.

Having reviewed how the blade size and its rising mechanism affect the cut depth of a table saw, let’s move on to the main subject of today’s discussion: the cut depths of the most popular table saws.

Ridgid has several products in its table saw category, and all of them use a 10″ (254mm) blade. But while the blades are equal, there are slight variations in the possible cut depths across products.

There are three products in the Ryobi Tools’ table saw category, namely the 10in. RTS12, the 10in. Expanded Capacity RTS23 and the Compact RTS08.

So far, we’ve only looked at common table saws with a blade diameter of 10 inches (254mm) and lower, and none of them can cut deeper than 4 inches (101.6mm). But since we did mention table saws with 12-inch (304.8mm) blades and their ability to cut up to 4 inches (101.6mm) deep earlier, you might be wondering if that’s the limit in terms of the blade size and depth of cut.

While one of these table saws has a 2″ (50mm) larger blade, they both have similar maximum depths of cut and would equally suit anyone looking for a table saw 100mm (3.9”) cut depth, sure, the saw with the larger blade might perform better in some other ways, but as far as the cut depth is concerned, a larger blade doesn’t always mean better.

If things get complicated when shopping, consider other factors such as the rip capacity, voltage, arbor speed, arbor diameter, and convenience features such as dust ports. If portability is a concern, you might also want to consider weight and compactness.

A chisel is one of the oldest tools around. The firmer and mortise chisels are two different styles, with a thick blade designed to be used in combination with a mallet. The difference between a...

Continue Reading
link to Why do my sanding belts keep breaking?

When you are sanding and making some of the best possible-looking things you can imagine, you will usually reach a point where the belt breaks. Understanding why the sanding belt has worked perfectly... 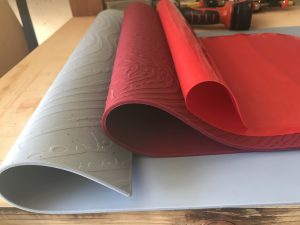